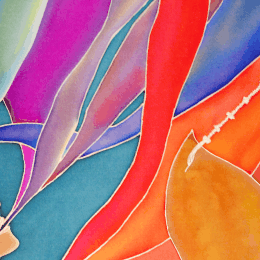 Our rabbinic sages say that we are to learn and replicate the deeds of our ancestors. They call this principle maase avot siman lebanim, which means that the actions of our ancestors are a sign or portent to their children.

I invite us to learn from a series of deeds that isn’t found in Torah, but is part of the legacy of the avot v’imahot/the founding generation of the LGBTQI+ movement.

On a hot summer night in 1969, police raided the Stonewall Inn in New York ’s Greenwich Village, a haven for the city’s LGBTQI+ communities

At the time, homosexual acts were illegal in every state except Illinois. Bars and restaurants could get shut down for having gay employees or serving gay patrons.

Police raids on our bars were common before Stonewall.  Chronicles tell how police took the opportunity to vent their homophobic rage on patrons, arresting us with violence, beating men to a pulp and viciously raping especially butch women, who dared to challenge their image of what a woman should look and act like.

Does this sound familiar? But add killing. To whom does this happen today?

On June 27-28, 1969: the Stonewall was packed when eight plainclothes police officers (six men and two women) entered. In New York City, “masquerading” as a member of the opposite sex was a crime so they singled out drag queens and other cross dressing patrons for arrest.

Witnesses say the crowd erupted after police roughed up a woman dressed in masculine attire who complained that her handcuffs were too tight.

Homeless gay youth who viewed the Stonewall as their safe place haven were at the forefront. Two transgender women of color, Marsha P. Johnson and Sylvia Rivera, were said to have resisted arrest and thrown the first bottle (or brick or stone) at the cops, though Johnson later said she arrived later.

As the paddy wagon left to take prisoners to the Precinct, a growing mob forced the police to retreat into the bar and barricade themselves inside. Some rioters used a parking meter as a battering ram to break through the door; others continued to throw beer bottles, trash and other objects, or made impromptu firebombs with bottles, matches and lighter fluid. Finally, after 4 am, things quieted down. More and more supporters showed up, chanting slogans like “gay power” and “we shall overcome.” More police were called to restore order, and they beat and tear gassed members of the crowd. Thankfully there were no fatalities.

The Gay Liberation Front (GLF) was formed within weeks, dedicated to no longer cowering in dark corners, but to fighting for civil and human rights. The world was never the same.

I don’t know how many of you have been attending the Black Lives Matter protests, particularly at the Justice Center, like I have, three times now.

I don’t know if you have seen the police use flash bangs and tear gas and rubber bullets and sonic booms against young people, some homeless, calling for justice and shaking a fence a little and throwing bottles onto open plazas where not one human can be hurt, as many of my friends have.

I don’t know if your friends of faith are filming everything, proving all of the above. Or if you know legal observers, lawyers themselves, out till 2 am every night to chronicle the  unprovoked police violence, suffering uncontrollable spasms from tear gas and being hit by rubber bullets.

I do know that you don’t yet have access to over 30 reports that Portland United Against Hate has received of police brutality. A shocking number from street medics, who are being targeted, shot with rubber bullets, sometimes several times in a night.

Many argue and I agree that it is the responsibility of White people to take accountability in this moment.

The blood of every innocent Black man and woman killed by a police officer in our adult life is on our hands. No matter what we have personally worked for, our collective silence has meant compliance with state sponsored violence. Not just killing by mass incarceration and racial profiling, but also the war on drugs and broken windows policing.

That being said, atonement is available.  Atonement is refusing to believe the lies of those who use weapons banned in war against justice seeking citizens. Atonement is fighting for methods and means of community safety that keep Black people safe, not just property and White people.

Torah teaches us to welcome, include, lift up and honor the stranger, the one who is different-maybe from another country, maybe with another skin color, maybe who has a gender identity other than zachar u neckevah, other than male or female.

Torah teaches us to welcome the ‘other’ no fewer than 36 times.

Have we accepted our obligation to pursue justice? If the last two weeks are any indication, I believe that the majority of us have.

Despite whatever fatigue may arise, may we continue our justice work, learning from both Torah and Stonewall, so we can ensure that this moment is a portal into the world our Torah calls us to build.