This is the time when Jews world round are reading the story of our liberation from slavery. We learn in this story that G-d does not help us until we cry out.

Together, let us cry out to create safety, reduce violence and amplify love through alternatives to policing. If this interests you, consider attending the Beyond Policing session on Saturday, February 1.

And who amongst us isn’t calling out on the daily to halt the devastation of climate change on our world? Let us call us together at the Climate Strike Against TMX Tar Sands on Friday, February 7. Help stop another pipeline from wreaking devastation on the planet.

Together our cries will be heard!
In Solidarity, and on behalf of the Portland Spirit Led Justice Alliance, 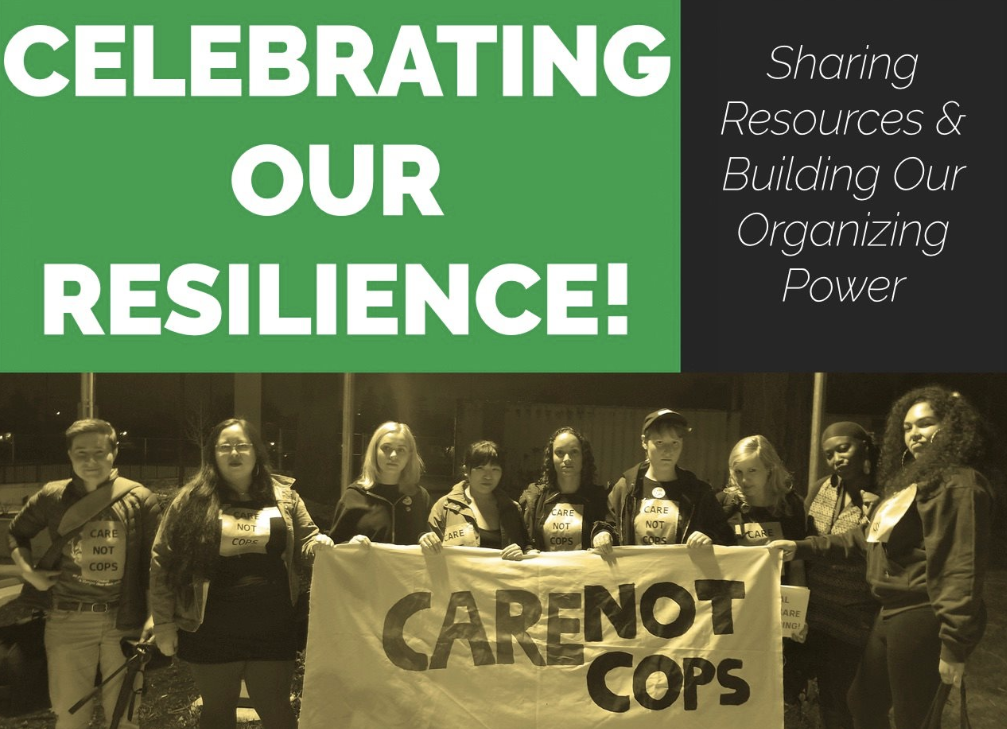 Join us for the final event in the Care Not Cops Building Beyond Policing series, and help launch our 2020 mobilizations to show up to city council and demand the dismantling of the Gun Violence Reduction Team, no more funding for policing in Portland! The event will feature a panel, multiple skill-building workshops, free lunch, and music & dancing!

Have you been following the resistance to the pipelines in the Wet’suwet’en territories in so-called Canada?

Have you heard about the Tiny House Warriors in so-called British Columbia that are blockading the proposed Trans Mountain Pipeline Expansion project (TMX)?

Were you watching as we shut down the Port of Vancouver, WA to block pipe destined for TMX this past fall?

The resistance against pipelines and fossil fuel projects is growing. We need you to join us, in solidarity with those on the frontlines up north, to amplify the message: No Pipelines! Stop TMX!

Right now, there is still TMX pipe at the Port of Vancouver, WA. The Port Commissioners have said they want to be a part of the solution to the climate crisis–but they are proving to be all talk and no walk.

Join us in the fight! If so-called climate leaders won’t ensure a stable climate future, then we have to rely on each other to make this necessity a reality.

We’ll be meeting at the Vancouver Port Commissioner’s Office at 10:30am on Friday, February 7th to rally and take action!

Join us as we strike for climate justice to stop TMX!
Wear red and/or black!