If you are already exhausted from the degree to which 2020 is calling you to show up for peace, sanity, justice and equity, you are not alone.

At the Federal, state and local level there is no shortage of ways we can support worker’s rights, climate justice, police accountability and communities targeted by hate.

Here in Portland and at the Salem State House, we invite you to join us in two worker rallies on Friday and Monday, a Climate lobby day on Monday and two ongoing reporting endeavors to gather the best data possible to hold police accountable and to build a culture that says no to hate in our city. Please save this particular Action Alert so you have the information from Portland CopWatch and Portland United Against Hate regarding their reporting instruments on hand for when you need them!

Looking forward to seeing you in the streets, in the corridors of government and advocating for justice, peace and equity throughout the year.

Rally for a Fair First Contract at Providence Milwaukie! 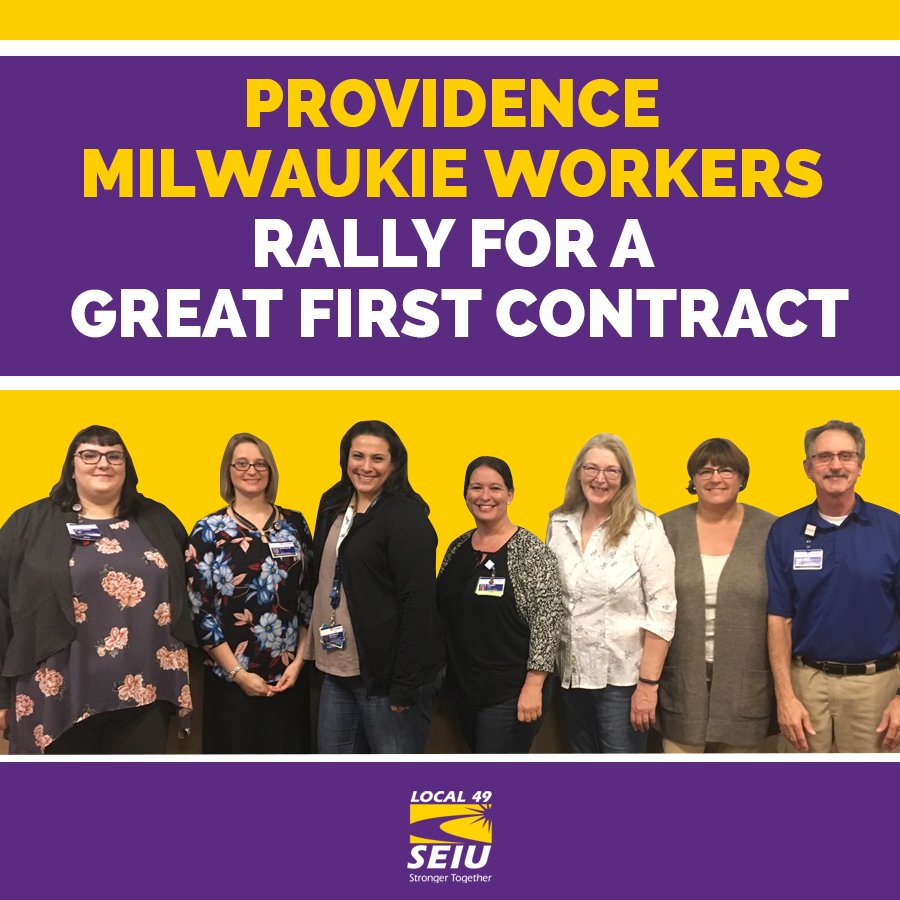 Workers at Providence Milwaukie won their union last year after a long, hard fight, prevailing over nasty management efforts to defeat the workers.

Now workers are fighting for a fair contract, but the hospital refuses to adequately address their concerns. Let’s show the workers that people of faith and good will have their backs, and let the hospital know that the community is watching and supports the workers.

Let’s help make sure Providence Milwaukie workers get a strong and fair contract!

The administration at Clark College in Vancouver, WA is playing hardball and doesn’t want to settle a fair contract, but professors aren’t putting up with it! In December they voted unanimously to authorize strike action, and now a strike date has been set. If the administration doesn’t agree to a fair contract by this Friday then professors will walk out on strike on Monday January 13th!

As part of the Renew Oregon Coalition, Ecumenical Ministries of Oregon invites you to climate advocacy events on January 13 and February 11.

Our legislative leaders have ONLY ONE opportunity to take action on our climate crisis in 2020, and it is already at risk. We need your help to make a clear stand for strong climate policy!

Portland Copwatch, a grassroots organization promoting police accountability since 1992, has announced the expansion of its Incident Report Line, adding texting capability to its voicemail line. The Incident Report Line– 503-321-5120– was launched in 1993 to take reports of incidents with the Portland Police Bureau or Multnomah County Sheriffs.

The texting service does not provide the ability to send video or photos, but you are encouraged to send links to such evidence if it has been posted on line or via a secure file hosting location.

PCW uses the Incident Report Line to empower survivors of police misconduct to pursue their grievances, with the goal of resolving individual cases and preventing future occurrences. Complaints range from officers failing to take action all the way up to officer involved shootings. Resolutions can include filing complaints, going to the media and/or pursuing a lawsuit.

#ReportHatePDX: Creating a Culture of Reporting in Portland

If you believe you have experienced or witnessed a hate/bias incident report it to Portland United Against Hate through www.reporthatepdx.com

White supremacy impacts our communities in hateful and different ways. The perpetrator of the incident can be an individual, organization, government agency etc. If you believe you have experienced or witnessed a hate/bias incident you can report it. Examples include:

• A person shouts an offensive name at you while you’re walking down the street.
• A teacher intentionally ridicules another person for the pronouns that person uses.

• A wall is de-faced with anti-Semitic messaging or Islamophobic flyers.

Please note that this list is not all encompassing.

Why is it important to document and report hate incidents through this tool?

The communities most likely to be targets of hate violence are also the least likely to report their experiences to law enforcement. With your help we can raise awareness among communities affected by hate to report and get support, advocate for legislation around hate violence and advocate for policies that dismantle racism and white supremacy the targets the roots of hate, gang prevention, mental health, policing alternatives.

Who sees my data? Online reporting is ANONYMOUS and requires no personal information to be provided. The public only sees analyzed data. This tool is not connected to law enforcement or any official government agencies. If you want to pursue criminal charges you must contact law enforcement independently.