This week we have three critically important actions for you to take part in! Help us lift a moral voice in support of Parks and Rec workers fighting against devastating austerity cuts, and also supporting Little Big Burger workers who are fighting against unfair retaliation! Lastly, we invite you to help us pass legislation to make our communities safer by getting guns out of the hands of domestic abusers!

Ongoing blessings to our friends fasting during Ramadan and prayers to all for a more just, equitable and sustainable world.

We are fast approaching the last opportunity to show the Mayor and Commissioners that the community values Portland Parks and Rec facilities, programs, and employees!

What’s At Risk If the Current Budget Proposal is Approved By City Council?

Please call Commissioners Fritz and Eudaly and urge them to support Commissioner Hardesty’s amendment and fund Portland Parks and Recreation for another year! 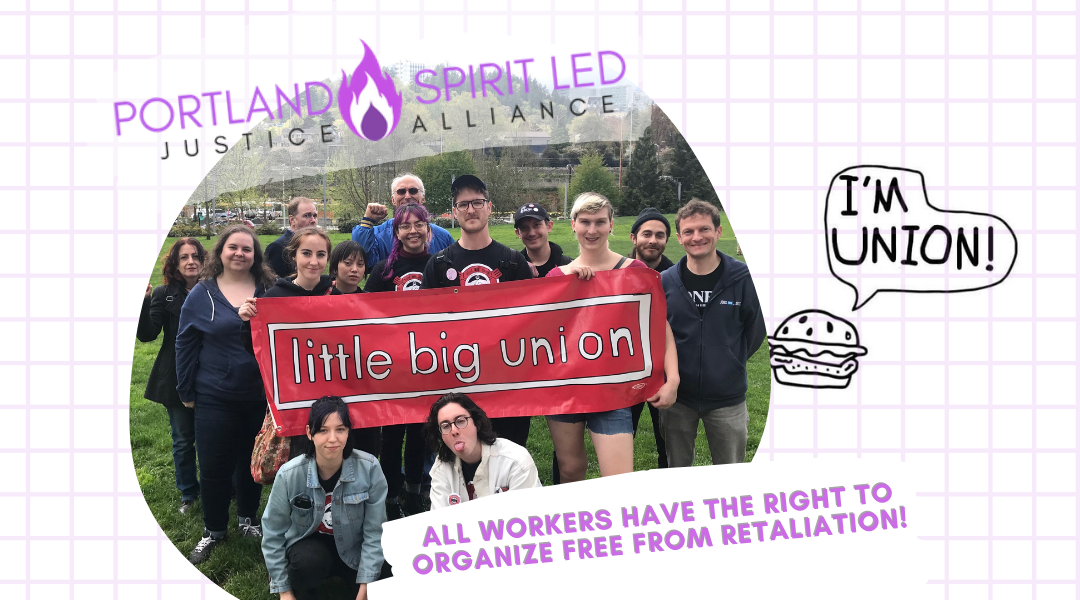 Over the past few weeks three members of the Little Big Union have been fired. The first worker was fired for merely being a little late to one shift! Since then, after three, members walked out at the NW 23rd store due to unsafe working conditions, one was suspended while the other two were terminated! . Little Big Burger management’s aggressive behavior against union members is not okay, and we need to come together to show the company that trouncing on worker’s rights in this way is immoral, illegal, and unacceptable in our community!

Join us as we rally tomorrow Friday May 17!
Meet at Couch Park at 5pm. March to the NW 23rd Little Big Burger at 6pm.
Supporters are asked to wear black and/or red in solidarity with workers!

Keep Firearms Out Of The Hands Of Domestic Abusers! Support HB-2013! 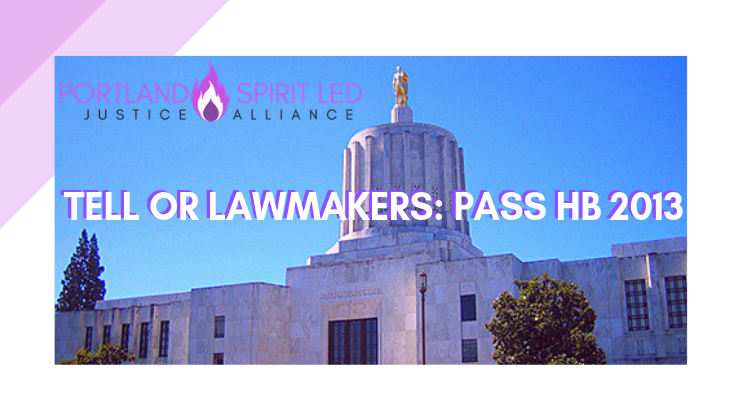 HB 2013 — a critical bill to keep guns out of the hands of domestic abusers — is about to have its first hearing in the Oregon Senate.

Currently, Oregon law prohibits domestic abusers from purchasing firearms, but doesn’t require them to turn in any guns that they may already own. This law would close that dangerous loophole, and protect Oregon communities from abusers armed with guns.

Debra, we need to build support for this bill so that when it’s ready to go to a vote, our lawmakers know Oregonians want them to vote yes. Add your name to this petition telling lawmakers to vote YES on HB 2013.