Though for some vacations are in high gear, hiking is the #1 priority and commuter traffic is just a bad dream, justice work continues on many fronts in Portland and throughout the state.

And this week, when Jews began a three week period commemorating and mourning the destruction of our holy temple thousands of years ago, we also remember that sinat chinam or baseless hatred amongst us is the reason the Second Temple was destroyed. This month more than ever, we must do everything we can to say no to hate and injustice and to welcome the stranger.

We are grateful to invite you to continue working to make Oregon’s Sanctuary State status real with actions from our friends at IMIrJ, and to continue the fight to for workers rights by supporting Fred Meyers workers in their struggle to end the pay gap between women and men!

We hope you join us in taking action on all of the following opportunities. And if you are amongst those who are enjoying your vacation right now, bless you as you recharge, renew and restore. We can’t keep on the struggle if we don’t rest!

In Solidarity from the Portland Spirit Led Justice Alliance, 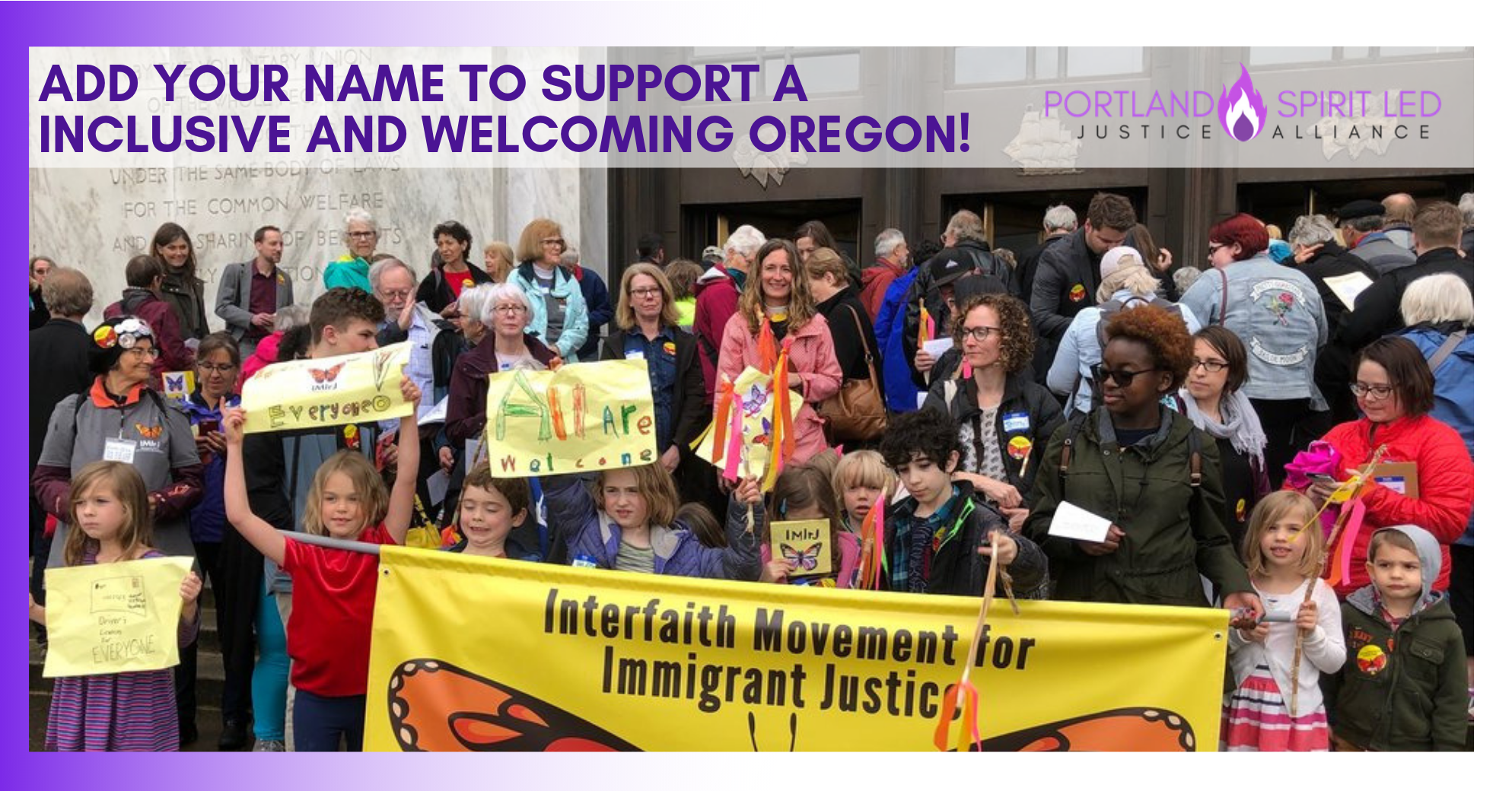 Join IMIrJ this summer in an effort to disentangle local law enforcement from ICE and hold our public officials accountable to the vision of a welcoming Oregon that voters overwhelminglyaffirmed in the defeat of Measure 105 last fall.

IMIrJ is coordinating these actions as part of a broader strategy being developed with our partners at Innovation Law Lab, CAUSA, ROP, Unidos Bridging Community and other groups in the Oregon Ready Coalition!

Sign this petition for a safe and inclusive Oregon!

Oregon Chief Justice Martha Walters has the power to issue a ruling that explicitly prohibitsICE arrests in and around our courthouses. In December, a group of Oregon advocates and service providers submitted a formal request to the chief justice urging her to do just that. Advocates hoped for a speedy reply. Unfortunately, months have gone by without a resolution. Meanwhile, New York’s Court has issued a similar directive, and a recent injunction has prohibited ICE arrests in Massachusetts courthouses.

On July 3rd, IMIrJ sent Justice Walters this letter, signed in less than 5 days by nearly 300 clergy across the state, urging her to take action. On July 8th, Justice Walters indicated that she wants more information from ICE, effectively further delaying her decision. Now we are asking community members to follow up, and ensure Chief Justice Walters knows that keeping ICE out of our courthouses is urgent and a priority for Oregonians
Please call Justice Walters today! 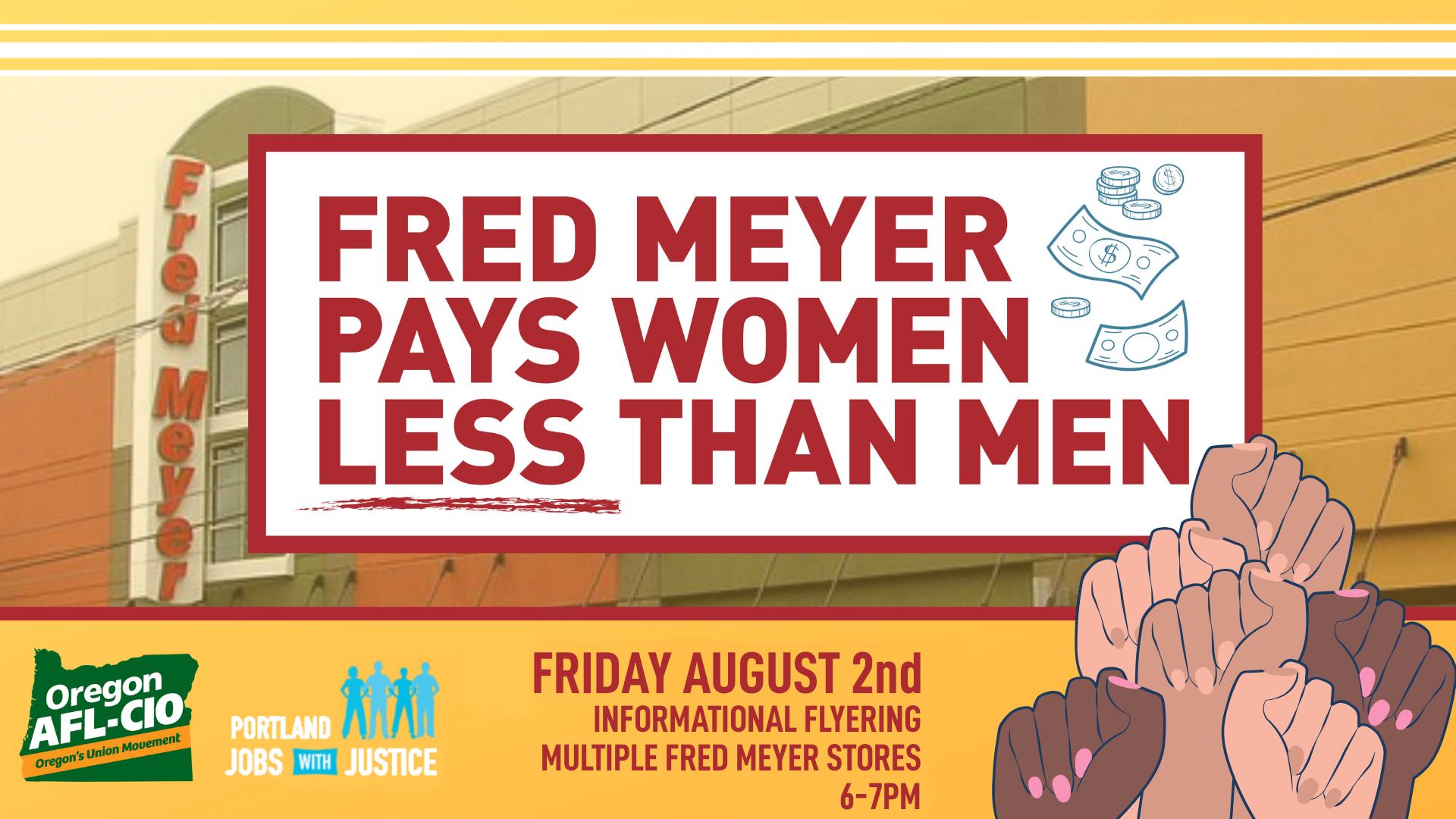 Workers at Fred Meyer, Albertsons, and Safeway grocery stores across the state of Oregon are gearing up to go on a massive strike in a struggle not only for a fair contract in general, but specifically to ensure that women at Fred Meyer are no longer pushed into lower paying wage scales than men!

On August 2, 2019 from 6-7pm Portland JwJ and Oregon AFL-CIO will be flyering in support of grocery workers who are gearing up to strike all across Oregon in a struggle for equitable pay. We will be at five Portland area Fred Meyer stores in NW, North, NE, and SE Portland, and Clackamas!

Please click this link for specific location and address information, and to fill out the brief form letting us know which stores you will be at!