While the legislative session has been over for months, our work to ensure that we reduce the possible use of the death penalty in Oregon is not done. Please do call legislative leadership today and so NO to a special session to walk back progressive reforms on the death penalty.Our holy work to say NO to ICE continues! This Saturday afternoon we have the opportunity to say NO to ICE on Greyhound busses.

Join us in advocating for farmworker justice by signing a petition moved by UFW save the protections for workers on H-2A visas that the Trump administration is currently targeting!

And finally, we are pleased to alert you to a workshop on reparations, a topic that has been in our public discourse for decades but has thankfully been getting a lot more attention of late. After you go to the Greyhound rally, attend this Saturday evening workshop put on by the African People’s Socialist Party.

Blessings to all as we continue to navigate through frightening and increasingly unjust times. May we gain strength from the knowledge that we are in fact pursuing justice in the way that Isaiah 58 calls us to-that we are not resting in/on whatever privilege we have, but rather confronting oppression and joining with targeted communities on the daily.

Thank you for all you do!
Rabbi Debra Kolodny for the Portland Spirit Led Justice Alliance

When Oregon’s legislators voted this summer to support Senate Bill 1013, they made the right choice. Those reforms will help significantly narrow the use of the death penalty in our state.

So why are some of our leaders now talking about going back on what’s already been settled? We’re urging legislators not to make a rash decision by rushing through changes to Senate Bill 1013 before it’s even been implemented.

Oregon needs to move away from the death penalty and focus instead on supporting victims’ families, solving cold cases, and finding ways to bring healing to our communities.

We need to be honest about the fact that the death penalty has not served Oregon well for a long time.

Please contact legislative leadership and Governor Kate Brown and encourage them not to hold a special session to walk back needed reforms to the death penalty.

Call Oregon leaders now and tell them #NoSpecialSession on Senate Bill 1013. A decision is likely to be made soon so your call can’t wait.

The Trump Administration’s Department of Labor posted harmful regulatory changes in the Federal Register that would drastically reduce wages and job opportunities for US workers and protections for workers on H-2A visas. The 489 pages of complex regulations announced by the Trump Administration would devastate protections for all farm workers and we must keep them from rolling out. The public comment period has just opened and will be open until September 24. Please help us do all we can to make sure these changed regulations do not go in effect by taking action today.

The Trump Administration seeks to guarantee agribusiness unlimited access to a captive workforce of indentured servants. Below is a quick breakdown of some of the worst changes. For a more detailed summary see the press release we issued.

Some of the proposed changes would:
•           Make it easier to deny jobs to US farm workers so employers can hire more temporary foreign field laborers and pay them less.

•           Depress pay for domestic workers and reduce existing protections for both domestic and foreign workers.

•           Institute a new policy that would deny US workers the right to apply for jobs as the season begins. Employers could now chain together multiple jobs at multiple locations in a single H2-A application.

•           This move would deny jobs to local workers who have skills in specific crops or want to work shorter seasons. Professional, skilled farm workers who are in the United States already should have the opportunity to get the highest possible pay during peak production.

In addition, it would allow for housing abuses. The proposed regulations would allow employers to bypass annual inspections by government agencies, to even self-inspect their own housing and claim even the most deplorable conditions are adequate. A routine inspection of an Arizona farm exposed H-2A workers housed in old former school buses and windowless trailers without air conditioning in 100°+ weather. The grower had 9 shower stalls in a small cargo container, but there was no functioning sewage system. The electrical cord used to light the showers was exposed to standing water, posing a risk of electrocution.

The Trump Administration may say they are protecting American workers, but in reality they are freezing them out of jobs. We cannot let these changes happen.

Click here to send us your comments so we can submit them en masse and save you the difficulty of navigating through the government website.

ICE Off of Greyhound Busses! 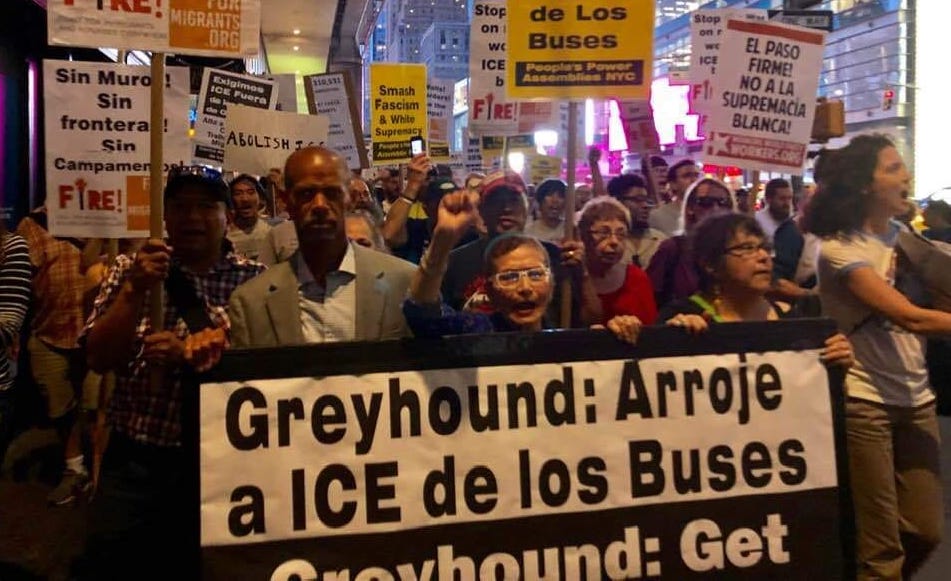 Greyhound willingly cooperates with Immigration and Customs Enforcement (ICE) and other federal agencies to harass and terrorize passengers as part of the racist, fascistic campaign against refugees and immigrants. Join us to protest Greyhound’s complicity and to inform passengers of their rights. Buses are for transportation, not deportation!’ 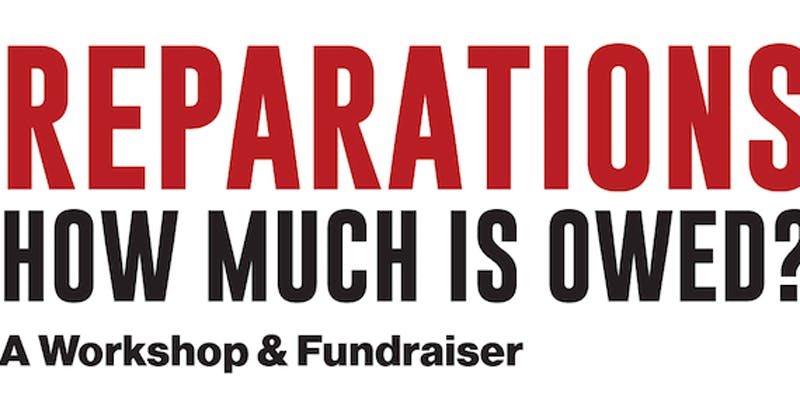 For white people in solidarity with black liberation and anti-colonial struggle. Come learn about the international reparations movement led by the African People’s Socialist Party.

It was estimated that $14.2 trillion dollars is owed to African people for slavery alone. But how much is owed for lynching, medical abuse, gentrification, and other crimes committed against the black community? How will it be allocated? Who will receive the reparations? How will this work?

African People’s Socialist Party USA has been leading the people’s movement of reparations since 1972. They held the World Tribunal on Reparations to African People in 1982, which used international law to indict the US for its crimes against the black community. They have used math and science to explain their conditions and how us white people can be in material solidarity.

This is a fundraiser for The Days of Reparations to African People speaking tour coming to Portland October 23rd titled Reparations: A Revolutionary Demand! – Portland.

Uhuru Solidarity Movement is an organization of mostly white people created by and under the leadership of the African People’s Socialist Party to win reparations and unity with black power.

Click to support the work of the Spirit Led Justice Alliance with $10 a month donation!
Share This!